If you walked the streets of your neighborhood, or even the aisles of your local Target store, and asked the people you encountered what they believed to be the greatest threat to humanity’s development, what do you suppose they might say? Who or what would be the potential culprits?

No doubt some would toe the current media line and answer “gun violence” or “gun control.” Some might consider our country’s deeply divided views on immigration. Others might nod toward ISIS or other Islamic extremists. The most cynical might blame religion in general. A few germaphobes might point the finger at Ebola or some new flu you can get from armadillos or Canadian geese or something. There would probably be a handful who say, “Hillary,” while hopefully at least some reasonable people answering, “Trump.” 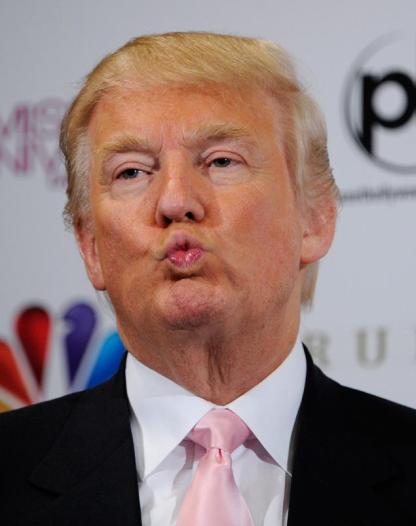 Here’s what I don’t think many people, if any, would say. I don’t think they would respond to the very problem studies show affects more people than terrorism or gun violence or immigrants takin’ our jobs. More people even than are affected by anxiety, depression, heart disease or cancer combined.

I don’t think anyone would say, “Excess.”

Our society is fanatical about speed and afflicted with the need for more. Year after year, we take great strides in productivity and efficiency, and while we may marvel at the industrial and technological advancements of the past two hundred years, we have ignored the tragically adverse effects such progress has wreaked on humanity.

“At first sight there is something surprising in this strange unrest of so many happy men, restless in the midst of abundance,” wrote the 19th-century French historian, Alexis de Tocqueville, as he described the bewildering social changes in America resulting from the Industrial Revolution. He observed men chasing after more money, more possessions, more abilities, while simultaneously less and less content despite everything they had acquired. “The spectacle itself, however, is as old as the world,” acknowledges de Tocqueville. True. Industrial America was only the latest victim of what many now refer to as “hurry sickness.”

I have no doubt felt the effects of such an illness. It surely no less than an epidemic in our country. We have becomes slaves to productivity and efficiency; we are incapable of ignoring the ticking of the clock. The comedian Louis C.K. makes us all laugh when he profanely fusses at human beings for being impatient for a picture to load on the technological wonders that are our smartphones, but the joke is that this is no exaggeration. We are all in a rush, and, if pressed to give a reason why, the only explanation we can really offer is, “So I can move on to the next thing I need to do.” Even if that next thing is a much-needed nap, rest itself as been tightly wedged into our congested and overcrowded daily schedules.

When you or I lament that there is never enough time in the day to accomplish everything we have to do, truer words were never spoken . If you’ve ever made that remark, guess what? You are afflicted with hurry sickness.

De Tocqueville goes on: “He who has set his heart exclusively upon the pursuit of worldly welfare is always in a hurry, for he has but a limited time at his disposal to reach, to grasp, and to enjoy it.” As a result, what happens to us? If we evaluate our attitudes and behaviors honestly, we find that this pace of life quite often makes us anxious, irritable, non-present. He who suffers from hurry sickness finds he spins less and less time with other people without an agenda unfurled between them. Our relationships are weakened because they plummet from the priority list. Without realizing it, we isolate ourselves from others – few if any really know the real us. Even when we do kick back and have a beer with a friend, we find much of our conversation dominated by our respective job responsibilities and family problems in need of solutions.

And here’s the rub. The cure for hurry sickness is actually quite simple, but it is stubbornly rejected time and time again. Why? Because this cure is not like other cures. It isn’t adaptable to our current, normal lifestyles. There is no pill to pop, no energy shake to grab on-the-go so we may continue flitting from one meeting to the next and multitasking only so we can multiply our productivity. No, the cure for hurry sickness is to slow down. To step out of the rat race. Not just two-week’s vacation from it – that’s nothing more than a Band-Aid. To be cured of this addiction to productivity and efficiency is to no longer bow to the power it exerts over us.

Is it even possible to escape such a thing?

As a minister, I am nonetheless susceptible to the great temptation of our modern culture. I, too, want to accomplish just as much as everyone else as quickly as possible. I, too, complain there is never enough time in the day. I, too, have found myself snapping at people who hold up my progress by raising questions or disagreeing with me. And I, too, have given in to anger and uncharacteristically “gone off” on someone about an unsolved problem. All of this is indicative of hurry sickness – of a soul under stress, not at peace.

But I’m trying. I’m attempting to slow down this year. To resist the ever-present urge to rush, to accomplish or complete a large number of tasks every day, to produce results quickly, to cook dinner as quickly as I can, to ferry my children off to bed with as little lethargy as possible. I’m trying to avoid feeling like I never take any time for myself – for reading, writing, praying. There are more important things than feeling productive. Of course there are.

But it also means this shouldn’t be my go-to bedtime book for my kids.

No, it simply means that I renounce the aggressiveness and stress that so often controls my days. Instead, I practice stillness, receptiveness, patience. I take time to reflect. By doing less, I create space in my day, and by slowing down, I do not surrender to the temptation to immediately fill those gaps. And I evaluate my progress in this not by how much I have produced and how quickly I get things done, but by how many meaningful conversations I’ve had in the past week, how many meals I recall savoring, how many times I’ve stopped to observe something beautiful. It is the very essence of “quality over quantity.”

The Root of All Sickness

This won’t be easy. The siren songs of our society can be terribly mesmerizing. I still have deadlines. I still work with people who need my timely input. I still carry a smartphone, and I still get “push” notifications from CNN.

So, North Korea has an H-Bomb. Thanks, CNN, for that late-night notification. I’m sure I’ll get a good night’s sleep now.

But I have finally come to see our hurry-obsessed culture for what it is. Idolatry.

I have listened to many a Christian offer that same “not enough time in the day” lament as an explanation for why they don’t spend more time reading their Bible, praying, or simply enjoying solitude with God. And I very often commiserated because their struggle was also mine. I would always agree: “Spiritual disciplines can be hard.” But deep down, whether I wanted to acknowledge it or not, I’ve always known that how a person spends his time reflects what he values most. It isn’t that there isn’t enough time in the day. It’s that there is not enough time after we have scheduled and done what we most value. Maybe it’s work, maybe it’s shopping, maybe it’s Facebook, maybe it’s our child’s soccer practice, maybe it’s another Law and Order marathon on USA.

Our idol is whatever we value most, and whatever we value most determines how we spend our time. This doesn’t mean that if we work a long-hour job or we spend our days taking care of our children that these things have necessarily become idols. That happens only if we allow these important, time-consuming things to control and direct our days – if we surrender to the assumption that everything else must revolve around these things. Just because you spend 9 hours at work and only 45 minutes praying and reading Scripture doesn’t mean your job is the most important thing in your life. That would be elevating quantity over quality. Rather, when you strive to protect your job within your schedule but fail to protect that 45 minutes you spend with God, that’s when you know which one you truly value more. That’s when idolatry rears its all too familiar head.

That’s the irony of this whole thing for me; a common assumption is that the minister would never make such a mistake. But I must confess I have often valued my job as a minister over my relationship with the God I am supposed to be pointing people to. I have put off meeting with a church member in order to complete a planned task. I have lingered at the office longer than I should have, subtracting time I could be at home with my family. And there have been many days when I have scheduled early meetings that caused me to neglect my own personal time of prayer and reflection.

When you stop to think about this in light of the Ten Commandments, hurry sickness puts a believer at least two in the hole. We have essentially placed another god – our schedule – before our heavenly Father, and if we’ve done that, it’s probably been years since we’ve remembered the Sabbath day and kept it holy. 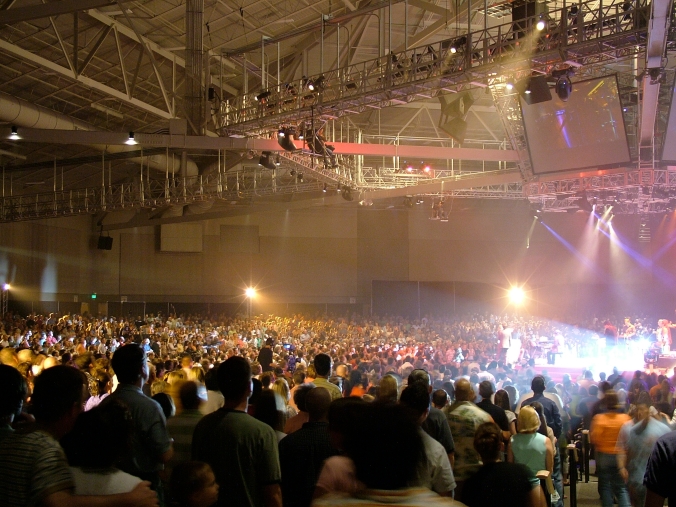 What, you mean sitting in the semi-dark listening to music and a spiritual TED talk for an hour and the  rushing off to lunch before the Methodist church lets out doesn’t constitute keeping the Sabbath?

And all the while, the God who saves us – who sent His Son that we might know peace – watches us run from one task to next, one consumeristic pleasure to another, wondering when we’ll realize that it will never satisfy us – we will never achieve this good life that society promises us is right there for the taking if we would just reach a little bit more…

“Peace I leave with you; my peace I give to you. I do not give as the world gives,” said Jesus. The Greek word is eirene, the Hebrew is shalom. It isn’t a passive thing – the absence of strife. It is a powerful, active experience. It means fullness, wholeness, to live well. Or, as Frederick Buchner puts it, shalom means “having everything you need to be wholly and happily yourself.”

To know the genuine, abiding peace of the Son of God, we must live as he did. He was certainly tempted by hurry and progress and efficiency and success, but he never bowed to those influences no matter how insistently they grabbed for his allegiance. And if we are to live as Jesus did, then we must make him the highest authority – the one, true God – of our life, and protect our time and pace with him at all costs.

This is what I am trying to do in 2016. I will no doubt produce less, become a bit more limited in my availability to others, have less acquisitions and professional attainments to show for the year, but all the while I will have gained something far beyond the cumulative value of hurry-driven accomplishments.

I will have gained fullness. I will be more wholly and happily myself than ever before.

One thought on “The Greatest Danger We’ll Face in 2016”