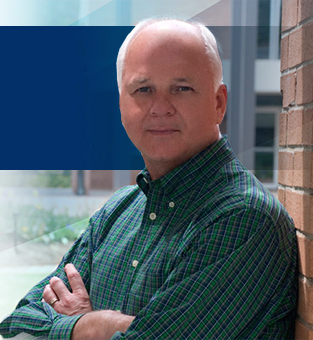 I didn’t know Mack Hannah very long. He was only in my life for less than two years, and a significant portion of that time was via e-mail and phone calls before I finally joined his staff at Dunwoody Baptist Church.

It was, in fact, a phone call that started it all.

On October 31, 2013, my cell phone lit up with an unfamiliar number hailing from Dunwoody, Georgia. I drew a blank on the city, and assumed this was some manner of telemarketing call. However, because at the time I was assisting in the tedious task of crafting a cardboard box maze in a church gym (standard preparation for the annual “Harvest Hoedown”), even taking a telemarketer’s call was a welcome break, so I excused myself. As it turned out, the voice on the other end of the line sounded as if it was either the friendliest telemarketer in the history of the sport, or my long-lost best friend.

“Um… fine.” What followed was that awkward moment when you encounter someone who knows you, but you have no clue how. Thankfully, Mack cleared things up quickly.

“I’m the pastor at Dunwoody Baptist Church. I’m sitting here looking at your resume. You know, I lived in Waco for a while…”

The call stretched on for over an hour. We even got disconnected once when, after realizing I was talking to another church about another job, I retreated into the attic of the church to maintain secrecy and ended up losing the signal. In all that time, though, what Mack talked about was other people. Despite having led his own extraordinary life, Mack rarely told stories in which he was the main subject or active agent. When he spoke of the ministries of Dunwoody Baptist, or other churches and organizations he had led, he always portrayed himself more like a bystander witnessing other great people doing extraordinary things. This was not a calculated decision to effect a more humble attitude; what makes Mack Hannah so endearing, and what made me want to work for him (or “with him” as Mack would always insist) was this very way of seeing ministry. For Mack, everything was a team effort. Even when he was front and center – and, as a pastor, he often was – Mack was mindful that the success of any endeavor was not due to his strengths alone. Often when he preached, you were apt to hear him pray, “Holy Spirit, you are the teacher in the room.”

During that initial phone call, when Mack spoke of his own ministry experience, he would sing the praises of others – of fellow ministers, neighbor churches, and the many, many people he had encountered and worked “alongside.” The way Mack often spoke of himself, he seemed like the Forrest Gump of the evangelical Church. Amazing things just seemed to happen around him and to him – things for which he refused to take credit or admit responsibility. He pastored a small congregation in a farming town outside of Nashville that just happened to attract the membership of Amy Grant and her family, who became close friends. He focused on caring for people of every stripe, and Belmont University just happened to create a student-care position solely for him. He lent his time and energy to the Fellowship of Christian Athletes, and just happened to find himself ministering to the NCAA tournament-bound Georgia State basketball team, or offering a prayer for the Atlanta Falcons. And yet…

And yet Mack Hannah is an extraordinary man. He is one of the most genuine Christians I have ever known. That is to say that every faithful word he spoke did not sound forced or planned or regurgitated from some other pastor’s book. Even when he would quote other writers, pastors or theologians, the words always made more sense coming from his mouth. When I finally arrived on staff at Dunwoody Baptist Church, I realized this was because Mack didn’t speak in a way that was disconnected from the life he lived. No, every word he spoke was steeped in life experience. He lived the words he spoke first. To put it in a more colloquial way, Mack only talked the talk after he had walked the walk.

This, among many other things, has been a continual inspiration to me. Typically, when I teach or preach, the messages I prepare are as much for me as for anyone else. When I speak, I am often testing out a lifestyle concept – a spiritual exercise or a specific act of service – rather than reporting on how I have actually experienced this concept unfolding in my life. I teach about how I want to live, and I try to live up to the words I speak. But Mack Hannah simply described the life he lived every day. This is his legacy. He was a pastor, a teacher, an evangelist, a coach and a friend. Perhaps, one day, I might learn to be the same, and to then speak from those places.

I am where I am – and, partly at least, I am who I am – because of Mack Hannah. Of course, he would never claim such an influence was his own, but simply the Spirit at work through him. But it was that phone call that made me realize how much I wanted to serve with Mack, and my initial face-to-face meetings that had me excited to learn from him how to be an effective pastor who remained genuine throughout. It was those stories he told, which always seemed like only a hint of even greater stories, that instilled an eagerness to sit beside him and listen to his grand narrative of a life charged with God’s goodness, mercy, and abiding peace.

So it was that the last phone call we shared before I moved to Dunwoody was such a disappointment. It was a few days after Easter, the beginning of the season of Resurrection, that Mack phoned me.

“How are things going for you?”

I proceeded to recount a number of little stresses that come from offering one’s resignation, finishing up ministry at a church, and moving one’s family halfway across the country. To his credit, Mack patiently listened to all of this.

After I finally closed my mouth, he said, “Well, listen, let me tell you what’s going on with me. I’ve told you before how I was diagnosed with cancer a couple of years ago, right? Well, I recently found out that it’s come back.”

My family and I came to Dunwoody anyway. Of course we did. As much as it pained me to know that my future plans for service alongside Mack Hannah were tenuous at best, even in the six months we had communicated primarily via phone and e-mail, Mack had taught me that you don’t follow after a person; you follow after the Spirit that works in and through that person. And while a person may die, the Spirit that dwells in each and every one of the faithful never dies, but carries on the good work to which we have all been called. And so, I came to Dunwoody with the understanding that even if Mack ceased to be the senior pastor at the church (which, eventually, he did), and even if this time he didn’t go into remission (which he didn’t), and even if he passed before I got the chance to hear all those wonderful stories brimming within him (thankfully, I was blessed to hear a few more before the end), I would nonetheless continue following the leading of God’s Spirit. I would continue to, as Mack has always said, “do the next right thing.”

Today is Mack Hannah’s memorial service. It is most definitely a celebration of life. A life of honesty. A life of joy. A life that clearly reflected the transformation promised to us in a relationship with our glorious, good God.

I’ve only known Mack Hannah for a short amount of time. But what I know I like, and what I like, I celebrate and I will hold close for as long as the Spirit gives me. Thank you, Mack, for making that first phone call. I am a better man because of it.