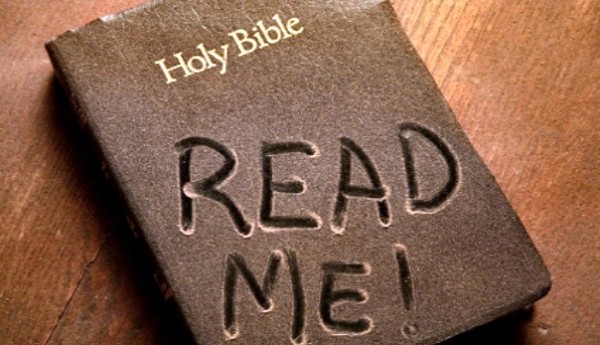 “The Bible has all the answers.”

Surely you’ve heard this folk saying before, whether stated confidently by someone who actually believes it, or sarcastically by someone who might once have believed it but no longer does because when he or she finally brought a question to the book, nothing in its pages seemed relevant.

Often, when you encounter people of the second group, you learn that they have laid aside their trust in “an ancient book full of superstitions” in favor of science or reason or rationalism or humanism or methodological naturalism. In other words, what they’ve set aside is any form of mysticism. Whether because it failed them in the past, or because it never seemed a viable option in the first place, they are not comfortable with any knowledge that is apprehended outside of the intellect.

This, of course, is perfectly understandable. In the absence of cold, hard facts (though why facts must be “cold” and “hard,” I’ve never understood), having faith in something will always mean holding hands with doubt and uncertainty. Some people would rather avoid the feeling. Certainty is a matter of the will, and if it can’t always be effected, it can at least be feigned.

I’ve talked with people who’ve told me, among other things, that they don’t like how the Bible addresses the formation of our planet and the rest of the cosmos. They claim that if there really was a divine being behind its creation, then certainly the Bible would include more details. But, instead, there’s just a short poem that scientific research has already proven to be inaccurate.

Sometimes, I ask them why they can’t have the kind of unwavering faith in God that they seem to have in the scientific method.

They respond by saying that their allegiance to science has nothing to do with faith, but rather with facts. They tell me that science explains mysteries, while religion merely hopes that one day Someone will reveal the purposes of those mysteries.

I don’t ask the questions that come to my mind next, usually because I already sense the conversation has taken a turn for the worse. I’m not sure they’re mindful of it, but I’ve found that when you begin speaking about faith to a person who has cast it aside in favor of reason, you’ve often encountered a point of view that believes the two are mutually exclusive. That faith and reason have no relationship with each other. This, of course, is a fallacy, but in a culture consumed by competition, it is difficult to see past the versus archetype.

It is one of the questions I took to the scientific method, but found no reasonable explanation. It is a mystery that has yet to be sufficiently answered.

I would ask them, “Why are human beings so often kind to each other?”

It is another question I’ve turned to science and reason and methodological naturalism to explain to me, but the only answer they can give is a shrug of the shoulders and the words, “We shouldn’t be.”

The Bible doesn’t explain these questions either – at least not in the way a rationalist would appreciate – but that is the point. Such fundamental elements of human existence remain unexplained. They remain mysteries. And even if someone rejects mysticism, he or she cannot fully escape mystery. Sure, perhaps one day the scientific method will finally reveal the reason why human beings laugh, or why we offer kindness to others even when no personal benefit comes of it. After all, science has shown a great track record for discovery.

But amidst these answers, other mysteries remain. Because the two are not polar opposites. They are not at odds, but in relationship with one another.

I don’t know about you, but that thought fills me with joy. I’m not sure why.

One thought on “All the Answers”