The first sin I remember committing was stealing a car. I was four years old at the time. 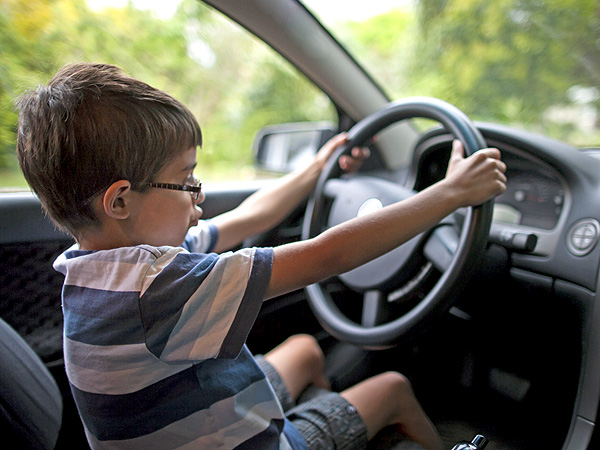 Yo, dat’s the way life is out here in da ‘burbs.

I should probably clarify. I stole the car from my neighbor’s garage. And the car I stole looked exactly like this.

Swiping that Matchbox car from my neighbor’s house is the first memory I have of knowingly doing the wrong thing. I can remember feeling both exhilaration and immediate guilt. I realized that if I kept this toy car (which I’m pretty sure I did), I could never tell anyone where I had gotten it. Thankfully, I had about a dozen other General Lees, so I figured my parents wouldn’t notice a new addition to the collection. But that makes my first act of wrongdoing all the more puzzling. I didn’t need that car. I’m not even sure why I wanted it. I had twelve others back in my bedroom!

This is the mystery of selfishness, which I am convinced is at the heart of all wrongdoing – what Christians call “sin”: that our self-serving deeds seem completely logical but, when unraveled and examined, show themselves to be illogical.

We can understand the reason for our selfish impulses. From a sociological perspective, we recognize that people are wired to preserve their lives and protect their interests. This is as much instinct as anything else. And from a Christian perspective, we understand that the divine creation was corrupted by this. The original intent for human beings was to be wholly dependent upon God’s provision and order, but in our free will, we chose instead to depend on our own desires, judgments and innovations. This is the heart of Genesis 3, and even people who find it difficult to take that story literally would, in their most honest moments, be apt to agree that this is the tendency with all people. More often than not, we rely on our own way rather than on the way of another.

I mean, c’mon, who doesn’t get a feeling of superiority when you ignore these things?

It seems logical, doesn’t it? If our instincts are geared for self-preservation, then our acts of selfishness make perfect sense. Sure, every once in a while I make choices for the betterment of others (sometimes I’ll even make personal sacrifices in order to help someone else), but the more deeply I examine my day-to-day activities and decisions, the more convinced I am that the majority of these things conform to an attitude of self-service.

Well, if we return to the Christian perspective, one of the truths we recognize is that no matter how many careful acts of self-preservation we commit, we are incapable of fully preserving our lives. Selfishness can delay trouble, but it will never defeat it. And what is more, we also believe that the man who completely shuts out the world – who does everything on a “me-first” basis while forgoing nothing and making no acts of personal sacrifice – becomes a pretzel of a man. He is twisted inward so dramatically that he has tied himself into a knot of uselessness. He could even be a wealthy man who invented something found in every household, but when it comes to basic human interaction, he has made himself worthless. And he has revealed the illogical nature of selfishness.

I’m looking at you, Ettore Staccone, inventor of the shower squeegee.

Consider this famous excerpt from the C.S. Lewis classic, The Four Loves:

To love at all is to be vulnerable. Love anything and your heart will be wrung and possibly broken. If you want to make sure of keeping it intact you must give it to no one, not even an animal. Wrap it carefully round with hobbies and little luxuries; avoid all entanglements. Lock it up safe in the casket or coffin of your selfishness. But in that casket, safe, dark, motionless, airless, it will change. It will not be broken; it will become unbreakable, impenetrable, irredeemable. To love is to be vulnerable.

Ever wonder why acts of love and devotion are such a pervasive theme in movies today, especially Disney and Pixar films? Because while we’re getting tired of Hollywood remaking and rebooting and reimagining stories we have already seen, what we haven’t tired of (and never will tire of) is the age-old theme of sacrificial love. Rick tells Ilsa to get on the plane to Lisbon. Atticus Finch jeopardizes his reputation to defend Tom Robinson. Kyle Reese gives his life to protect Sarah Connor. William Wallace does the same for the sake of his countrymen. Captain Miller leads a dangerous mission into Nazi-occupied France solely to locate and rescue a single soldier. With her last bit of energy, Anna steps between her sister and the man with the sword. We love these films because they celebrate triumph while acknowledging that we are at our very best when we have chosen vulnerability over personal comfort or safety.

What’s the point of all this? What does it have to do with stealing a Matchbox car when I was four? Simply that whether you are four years old or thirty-four years old or sixty-four years old, you can’t escape the addiction of selfishness. This side of the heavenly kingdom, it is the opponent in the ring of our hearts and minds, knocking its gloves together, itching for the next round to begin. It’s a natural thing to want to serve ourselves, and yet, oddly enough, it is a natural impulse to appreciate acts of kindness and stories of sacrifice.

May you come to see that living a good life is less about self-concern and more about concern for others. May you perceive new opportunities to turn away from me-first decisions, and may that act fill you with a greater peace than self-serving decisions could ever produce. And may you learn to love sacrificially, for, as the Prayer of St. Francis reminds us, “It is in giving that we receive; it is in pardoning that we are pardoned; and it is in dying that we are born again to eternal life.”

One thought on “Confessions of a Car Thief”