I’ve been thinking about what it’s like to be guided by the Holy Spirit, and a one-word answer keeps shoving its way into the forefront of my mind.

It took me a while to figure out why that particular word should mean anything. But the other day I got one of those questions pastors often get from church members:

“What’s your favorite story in the Bible?”

Now, most of the time, these questions are posed by the younger members of the church – those in VBS classes or, when they’re not preoccupied with shaving cream shenanigans, the church youth group. I have to say, I appreciate this question more than some related ones like, “What’s your favorite Bible verse?” or “What’s your favorite Psalm?” Here’s the deal: I’ve been going to church all my life, and I’ve been a minister for thirteen years, but, in all honesty, I have never been able to arrive at a favorite verse or Psalm. The former requires selecting one statement out of over 31,100 statements, and anyone who thinks he or she can pull that off with confidence probably hasn’t given equal time to all 31,100 of them. The latter involves ranking incredibly personal and historically poignant prayers that will only hold up until Chris Tomlin or Matt Redman finds a catchy new hook for one you hadn’t cared about up until that point, and then your whole echelon crumbles. 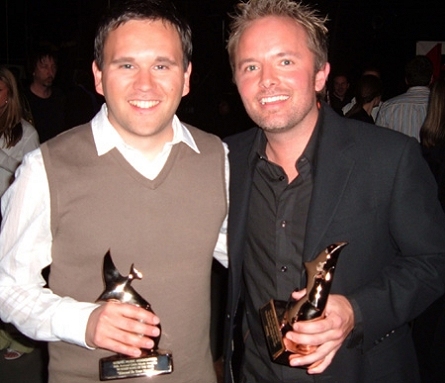 Soundtracking your quiet times since the mid-90’s.

But I’m confident in naming my favorite Bible story. Unlike the others, my preference for it seems to endure.

It’s John 20:19-23. You probably know the story. The disciples (most likely referring to the Ten, culled by an absent Thomas and a dead Judas) are back in the upper room featured in chapter 13, and they’ve got the door locked “for fear of the Jews.” In other words, they believe they’re next on the Temple Guard’s list. Now that the Sabbath has ended, perhaps the High Priest will be gunning for them. Perhaps they were also part of Judas’s treacherous deal. Perhaps the reports that the tomb has been robbed will bring centurions to their door. They are disorganized, inhibited, and terrified. Whatever confidence and strength they once possessed was lost in the woods outside Gethsemane.

Into this anxiety-filled room, however, steps Jesus. He is just… there. As flesh and blood as his followers, but somehow no longer bound by pesky hindrances like deadbolts or walls. “Shalom,” he says to them, and then he allows them to inspect him – to climb out from underneath the weight of their doubts and fears and behold that, yes, what the woman from Magdala had told them was indeed true. Their Master is alive! 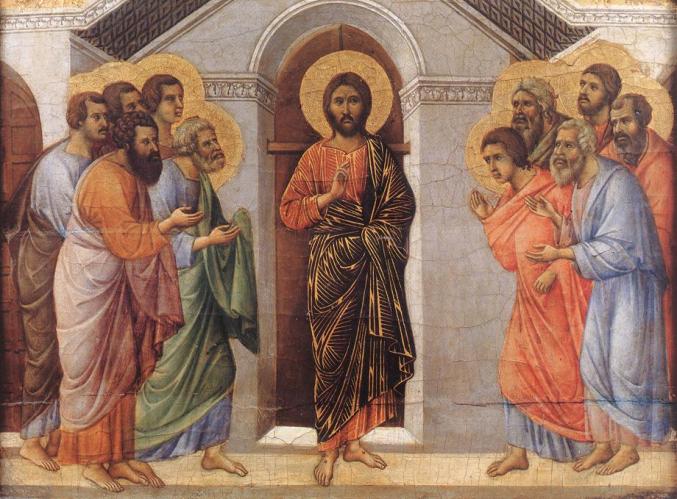 Pictured here. However, the disciples’ expressions suggest Jesus may not be pulling off the stripes as well as he thought.

But it is in this moment that the high drama of the scene takes an odd turn, and John includes a detail that at first, second and even third glance does not always stand out to readers.

Again Jesus said, “Peace be with you! As the Father has sent me, I am sending you.” And with that, he breathed on them and said, “Receive the Holy Spirit.”

He breathed on them? Was that… um… customary? A Jewish thing? Something you did when you blessed someone?

It took me a while to grasp the deeper meaning here, but the mystery started to come together when I looked up “breathed” and discovered that the word in Greek – emphysao – shows up nowhere else in the entire New Testament. However, it is the exact word used by the translators of the Septuagint (the Hebrew-to-Greek translation of the Old Testament by Jewish scholars in the second century BC) when they rendered Genesis 2:7: “And the Lord God formed man of the dust of the ground, and breathed into his nostrils the breath of life; and man became a living soul.” 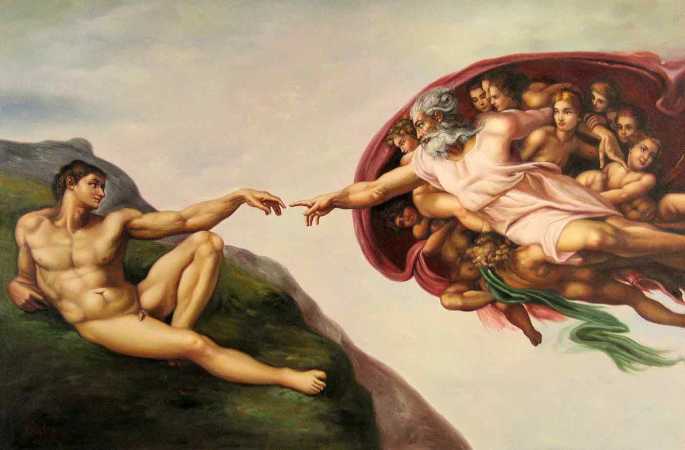 There’s something deeper than the drama going on in John 20. John – whose narrative resonates on many different levels – isn’t just describing a resurrection appearance and proclaiming the peace that Jesus brings. He is insinuating that what went on in the upper room that day was none other than the beginning of the new creation. The original creation was completed by the breath of God placed into Adam, making him more than what he was – more than an ineffectual clod of dirt. And on the day of his resurrection, Jesus spoke words of peace to his friends and then he breathed on them and said, quite intentionally, “Receive the Holy Spirit.” It was his way of inaugurating a new age – and a new covenant – in which faith in the Risen Savior changes everything.

Funny thing about the word spirit – pneuma in Greek. It can also mean “breath” as well as “wind.” Even funnier thing, so can its Hebrew equivalent, ruach. The Old and New Testament writers, by the way, have all kinds of fun with this wordplay.

For instance, think about the other famous story of the gift of the Holy Spirit, found in Acts 2. How does Luke describe the coming of the Spirit? With the sound of… 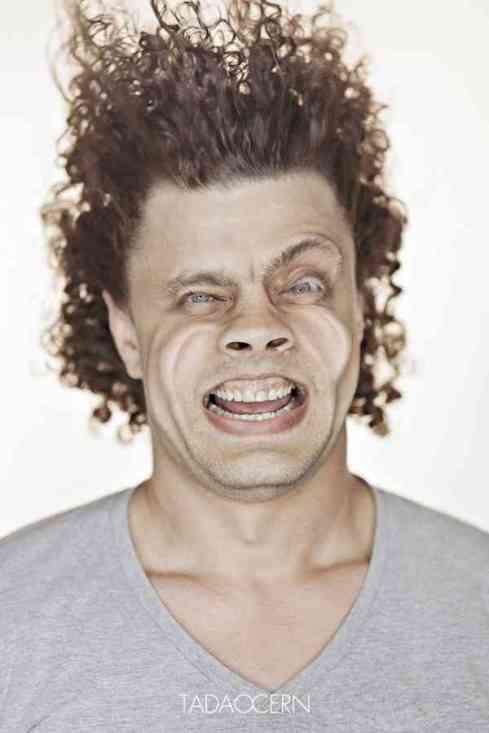 Google Image search would like to offer this picture of a person’s face being met by “a violent wind.”

According to both the end of John and the entire book of Acts, the mark of a Christian is the indwelling of the Holy Spirit – the Counselor and Teacher Jesus describes earlier in John’s Gospel. The One that would guide the disciples into all truth. It comes to us as if on a breath, unseen, but filling us with a purpose and a conviction we could never produce on our own. Like Adam, we are made more than what we are. Like the disciples, we are transformed from fearful doubters into bold witnesses.

What is it like to be guided by the Holy Spirit? What is John trying to communicate to the Church? What does this mean for us?

Simply that there is a great wind blowing. It is the wind of God, the pneuma of transformation. It cannot be contained, it cannot be stopped, and it brings with it the glory of the new creation.

The Spirit prompts us like a stiff wind at our backs. It is as close to us as the breath we take into our lungs. To be guided by the Spirit is to be transformed into something a little less like ourselves, and little more like the One who created both.

One thought on “A Great Wind is Blowing”