This is part two of a two-part essay. The first part, which you can read HERE, focused on the problem. This week, I do my best to offer a solution.

It seemed like a good idea at the time. Desperate times called for desperate measures. Even if someone could have foreseen the dangers that lay far ahead, what other choice was there. They could not concern themselves with future generations. If they didn’t do something now, there would be no future generations.

So Joseph bought all the land in Egypt for Pharaoh. The Egyptians, one and all, sold their fields, because the famine was too severe for them. The land became Pharaoh’s, and Joseph reduced the people to servitude, from one end of Egypt to the other. …  Joseph said to the people, “Now that I have bought you and your land today for Pharaoh, here is seed for you so you can plant the ground. But when the crop comes in, give a fifth of it to Pharaoh. The other four-fifths you may keep as seed for the fields and as food for yourselves and your households and your children.”

This is how the Bible records the origin of Hebrew enslavement to Egypt. It starts in the midst of a terrible famine. It’s the socioeconomic backdrop that we don’t often notice raging behind the drama of Joseph and his brothers. Year by year, the peoples of Canaan and the other surrounding regions find themselves unable to grow crops, unable to raise animals, unable to hunt or forage. And Joseph, who has ascended all the way to Pharaoh’s cabinet, responds to the suffering of a lot more people than his remorseful siblings. 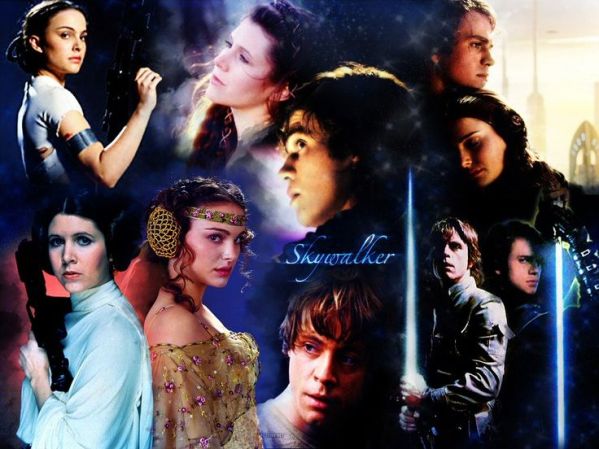 Joseph’s family are the Skywalkers within a Universe full of other compelling stories.

Of course, by establishing a system of civil servitude and taxation based on the productivity of Egypt’s subjects, Joseph has also opened the door to oppression. Though he is essentially the first taskmaster the Israelites will know, at least he is kind. He understands their plight. He strives to create a system that maintains balance.

Then a new king, to whom Joseph meant nothing, came to power in Egypt. “Look,” he said to his people, “the Israelites have become far too numerous for us.”…

So they put slave masters over them to oppress them with forced labor, and they built Pithom and Rameses as store cities for Pharaoh. But the more they were oppressed, the more they multiplied and spread; so the Egyptians came to dread the Israelites and worked them ruthlessly. They made their lives bitter with harsh labor in brick and mortar and with all kinds of work in the fields; in all their harsh labor the Egyptians worked them ruthlessly.  (Exodus 1:8, 11-14)

More often than not, oppression is the go-to tool of an empire. To keep a heavy hand upon the common rabble is not simply a way to exert power. It is a way to prevent the people from considering any other power but yours.

Still, in the story of the Israelites’ toil in Egypt, we see more than just a picture of oppression. We see the ingeniously cruel amalgamation of oppression and productivity, of enslavement and efficiency. Despite such persecutory suffering, Pharaoh’s demand for endless toil somehow still breeds blind allegiance! Consider what the Israelite elders say to Moses and Aaron after their royal court disruptions, which only serve to enrage Pharaoh who turns around and accuses the Israelites of laziness – laziness! – and ups the ante on their brick-and-mortar production quotas.

…they found Moses and Aaron waiting to meet them,  and they said, “May the Lord look on you and judge you! You have made us obnoxious to Pharaoh and his officials and have put a sword in their hand to kill us.”  (Exodus 5:20-21)

Today, when we read this story, we shake our heads at the infamous Israelite stubbornness, how they lash out at the very people working for their deliverance! We fail to recognize that systems of endless productivity and efficiency make us oblivious to what real freedom looks like when it actually presents itself. 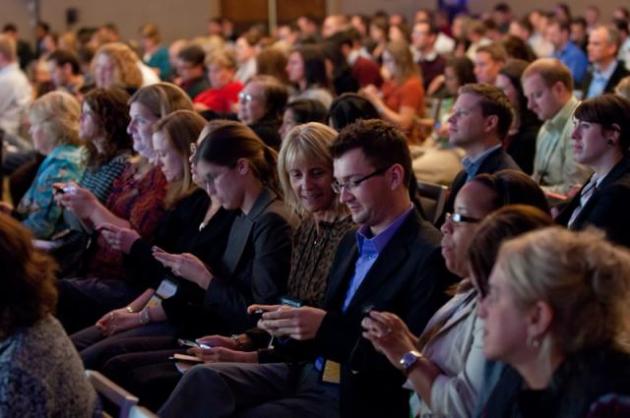 This sermon is a little long for our taste. Glad we brought something to pass the time.

In my previous post, I  addressed this same oppressive reality in our society today. We may not struggle under the thumb of a tyrannical Pharaoh, but we are fools to deny that numerous, present-day taskmasters aren’t woven into our own cultural fabric. They hide behind so much of what we have come to accept as modern-day realities, often whispering even behind simple phrases like “normal society,” “status quo,” “tech-savvy,” “bonus check,” or “Sorry but I’ve got to take this call.”

I also wrote about a new law that took effect in France this year, which places restrictions on large companies regarding their employee’s connectivity to work e-mails and messages; it is a small yet significant step in trying to give people back some semblance of rest, a portion of their existence not wholly defined by occupational pursuits. And it is the very thing that so frightened and enraged Pharaoh.

Cecil B. DeMille’s epic The Ten Commandments is an iconic piece of cinema, but it doesn’t get everything right about the Exodus story. The most memorable of all its lines – “Let my people go!” – is deceptively inaccurate. Moses and Aaron did not swagger into the royal court as tenacious liberators, brazenly offering Pharaoh a lose-lose deal. No, their request was much tamer. “Let my people take a break” would be a more accurate line. All they asked for, at least at first, was a spiritual retreat – essentially a three-day weekend – in which the Israelites could pilgrimage into the wilderness and offer sacrifices to their God. 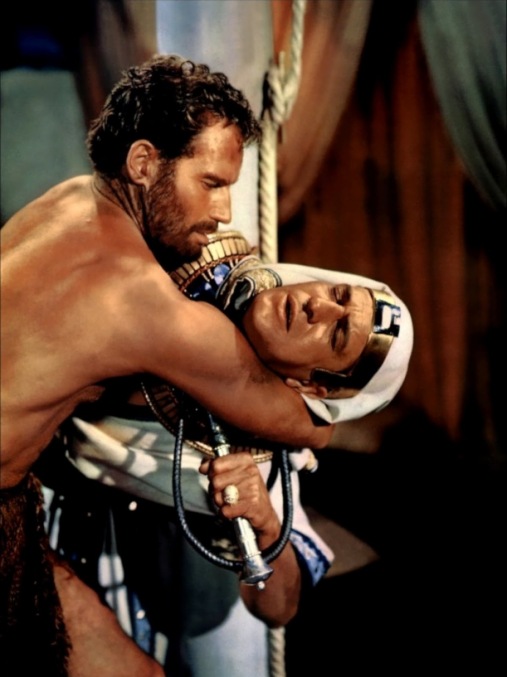 Also, Ridley Scott wasn’t the only one to envision Egyptian and Semitic peoples as slightly tanned Caucasians.

Pharaoh refuses not because a three-day retreat would mean three days of limited brick and mortar production. Remember, the productivity quotas imposed on the Israelites were designed to oppress, to weary, to strip away every defining aspect of who they were, except hopeless slaves. This almost impossible workload was instituted so they would have no time whatsoever to indulge in their own sociocultural identity. After all, awakening to the reality of who you truly are – and what you were made for – poses the greatest threat to the powers of oppression.

Why? Because you start to realize you may not actually need them anymore. That there might be another way of life. One that liberates rather than subjugates. One that frees rather than abuses.

This, by the way, is the Rosetta Stone of interpretation we should apply to the Law, which is given to the Israelites on the other side of the Sea of Reeds after the waters effectively annul Joseph’s citizen-slave system. Consider how the Book of Exodus introduces the Ten Commandments:

And God spoke all these words: “I am the Lord your God, who brought you out of Egypt, out of the land of slavery…”  (Exodus 20:1)

Every single law and ordinance and regulation flows from this foundational identity, and should be understood as pointing back to the principles of the Lawgiver, rather than arbitrary codes of conduct for a fledgling nation. God is the Deliverer. He is the breaker of chains. He is the new taskmaster that, in stark contrast to Pharaoh, desires his servants to live in peace and prosperity, to live free from the wearying, life-sapping bonds of endless productivity and efficiency.

For any who may not be convinced by this, consider what the fourth commandment is, and the way both Exodus 20 and Deuteronomy 5 describe it. “For in six days the Lord made the heavens and the earth, the sea, and all that is in them, but he rested on the seventh day.” If the greatest Ruler/Creator/Designer/Builder dedicated a day to complete rest (the Hebrew word, menuha, literally means “to cease”), and, what is more, if out of every single piece of creation it was this day of complete rest that He chose to call “holy” (qadash), you can be certain He wants His subjects to do far more than honor it. He wants them to experience it.

Let’s consider that fact for an additional moment. In the Creation poem that opens our Bibles, only one thing is explicitly deemed “holy.” It’s not the vast Pacific. It’s not the majestic Rockies. It’s not even the man and the woman, made in God’s own image. Sure, they’re called “good,” but only the seventh day – the Sabbath – is actually called holy. This day in which God ceases from extraordinary, glorious productivity – this is what must be declared most excellent, set apart, and preserved.

Sabbath, at its core, is about disconnecting from the cultural obligations and expectations to produce, to want, to crave, to be stimulated and insubstantially satisfied by the world’s systems. As Jesus corrected the Pharisees, the Sabbath was made for man. It should never be defined by deprivation or a list of don’t-do-and-can’t-do’s; instead, we should see it as a happy return to the freedom and peace we have already been given by our Great Deliverer. It is a day we devote to face-to-face connection with our families, cultivating deeper relationships with friends, celebrating the extraordinary beauty of this short life, and worshipping the One who made the world and called it very, very good.

France’s passing of a “disconnect” law should give us pause. It should remind us that insatiable productivity is an ever-present threat, and the assumption that everyone should always be connected – dialed in to the Matrix – is not a passing fad. Even in a society that prides itself on individualism and personal freedom, Pharaoh’s identity-sapping edicts are alive and well. 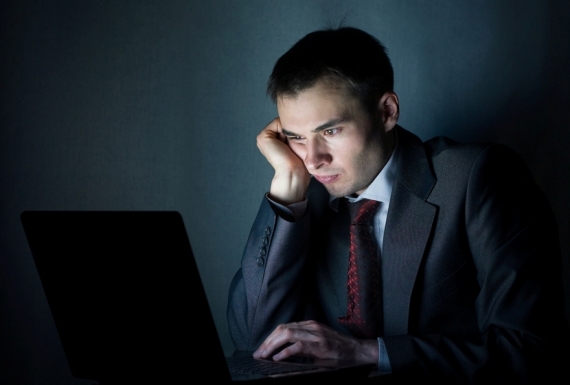 What are you talking about? I’m quietly sitting still in a mostly dark room. How is this not restful?”

What would it look like if not just a negligible minority of us but rather a whole country full of Christians (not to mention Jews) decided to truly observe the Sabbath for what it was always intended to be? What would happen if, for a single day each week, we turned our backs on all the professional obligations and nagging responsibilities that incessantly demand our time and energy, and also set aside all the tools and gadgets that sneakily tether us to unquenchable compulsions? What would happen if, instead, we pursued the things that gave us true rest? The things that restored our awareness of freedom, intimacy, joy, and celebration.

While the stresses of daily life and work would remain, I suspect our weariness of them would lessen. I don’t think we would so often lament how busy we are. Maybe we wouldn’t be so quick to consult our phone screens when we’re in the company of other people. Maybe we’d even become a little kinder. A little more patient. A little more peaceful.

Because that’s what deliverance does. It changes your life.