There was a time when I took pleasure in ruining Nativity scenes.

Setting aside the lack of biblical evidence for Jesus’ birth taking place in an actual stable (a blog post for another time, perhaps), one aspect of Nativity scenes that irked me the most was the standard inclusion of the three wise men, bearing their fancy gifts and mingling among the lowly shepherds and the lowing cattle. Surely, I thought, everyone knows these mysterious magi did not happen upon Joseph and Mary at the exact same time the shepherds did! So, eventually I started doing something about the blatant misrepresentation of Scripture. When nobody was paying attention, I would often purloin the wise men from a Nativity scene and then set them somewhere else in the room, preferably east of the main arrangement.

Yeah, I did this all the time. And not just in my own house, but also in department stores, church lobbies, and other friends’ homes. It was my immature, passive-aggressive way of  nudging people to take another look at the Gospels. You can imagine how appreciative people were.

PICTURED: An overlooked example of the War on Christmas.

Around the same time I was perfecting my slight of hand with Melchior, Caspar, and Balthazar’s location, I was also learning more about the liturgical Christian year, something I was not aware of growing up (unless you count celebrating Halloween, Christmas, Good Friday, and Easter). I was exposed to other important feast days like the Annunciation, All Saints, and Christ the King. I learned about the different seasons of the traditional Christian calendar, how they were created so as to continually proclaim the full story of redemption in Jesus, and thus uniquely flow into next, like Advent into Christmas, Lent into Holy Week, and Easter into Pentecost.

So it was that I found out about January 6 and the Feast of Epiphany, an ancient commemoration that predates even Christmas. The word derives from the Greek epiphania, meaning “manifestation,” “appearance,” or “unveiling.” The purpose of the feast was to celebrate the revelation of the Incarnate Son of God to the world he came to save. As it turned out, the story of the wise men is considered, at least by the Western traditions of the Church, to be the focal passage for Epiphany, because these gift-bearers represent, at least in part, international recognition and adoration of God’s Son.

Vindication! I had been right all along. My vandalism of traditionalist depictions of the Nativity was not only backed up by close exegesis of Matthew’s Gospel, but also by 1700 years of Church history. In other words, the beloved stories of Joseph, Mary, and the shepherds need not share space with the magi; from a perspective of worship and reflection, I could sit with the actual Nativity longer.

Oh, I became utterly insufferable after this discovery! I began fussing about the singing of Christmas carols prior to December 25 (because Advent was about long-suffering expectation and we were rushing right past that). I started boldly greeting people with “Merry Christmas” on Decembers 26, 27, 28, and so on in hopes they would try to correct me (so I could smugly explain that, no, Christmas is a 12-day season and what do you think that whole “Twelve Days of Christmas” song is all about?). And, I casually shamed people who took down their Christmas decorations before Twelfth Night, the eve of Epiphany (because, for centuries, this had been the accepted custom).

What an ecclesiological butthead I was! I reveled in my knowledge of liturgy and ancient tradition as if I was the only Baptist minister who knew about it.

“And another thing! Shepherds weren’t outcasts. For crying out loud, King David was a shepherd! I mean, of all the ridiculous, uninformed – Hey, wait, where are you going?”

This went on for several years until, one holiday season a few years ago, I found myself lamenting, as I often do, how quickly all the festivities and observances passes. Like many people, I always feel saddened that while malls and grocery stores start playing Christmas music on November 1, the actual season nonetheless races by and seems to conclude before we can even finish our bottle of eggnog. But as I wallowed in the seeming brevity of the season, suddenly the personal desperation that underscored my pharisaical adherence to the liturgical year was laid bare. I realized one of the main reasons I had been leaning so heavily into the full Christian year was out of a misguided attempt to preserve the longevity of the season’s sentimentality. I just wanted a longer Christmas any way I could get it.

So, I had to ask myself, “Why is it so important to me that Christmas not end so quickly?”

Deep down, I knew the reason. I desperately craved more time for reverence, as if reverence of the Christ Child must be confined to Christmas Eve and Day. I wanted more time to slow down, to sit in the quiet candlelight of Advent’s hope and Christmas’s joy, because, truth be told, I rarely emerged from the holiday season carrying those virtues with me. No, like the ornaments and the garland and the Nativity scenes that I sadly boxed up at the end of the season, I was also ignorantly stuffing those soul-shaping elements of the faith into their own cardboard box to store away for another eleven months. 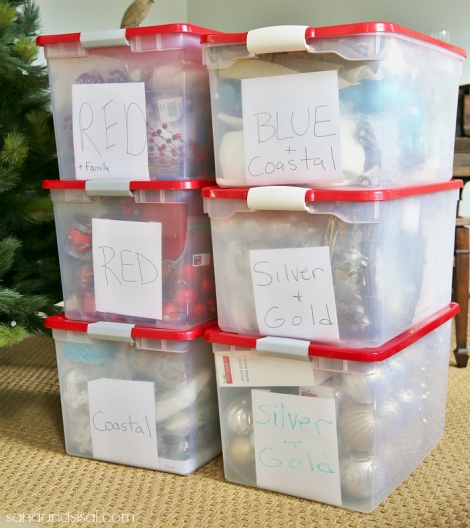 All right, that’s all finished. Now to set the tree on fire.

I had found solace – and an excuse to revel in those virtues slightly longer – by turning the beautiful story of the Christian year into a legalistic exercise. I held the liturgy up to my eye like an aristocrat’s monocle, and I looked down on those who allowed the holiday so thin a margin of time and commemoration in their own lives. Somehow, doing this made me feel a little better, at least for a little while.

But it wasn’t enough.

Discovering Epiphany – that wonderful, ancient feast – had set me down that wayward path of observance. But Epiphany, ultimately, brought me back again. Because, after realizing the motivations that perpetuated my legalism, before I could finish my eggnog, January 6 marched into the foreground, and, out of my newly adopted obligation to a legalistic observance of liturgy, I set out to commemorate the day correctly. This included reading the story of the magi in Matthew 2. At first, I read it with that righteous confidence I had developed and nurtured over several years. The wise men’s arrive in Jerusalem after Jesus was born in Bethlehem, and only after consulting with wicked, scheming, severely manic-depressive Herod do they then set out for the little illage six miles south. And they arrive not at a stable, but at a house (oikia in Greek), thank you very much. And they bow before a child (paidion), not an infant (brephos). And, they enter that house and…

Well, it says here they… um… fell down and worshipped him. 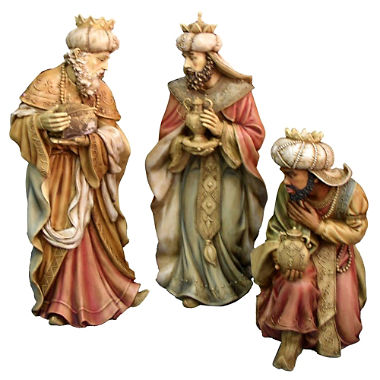 The truth of the passage stared back at me with a knowing smile. It seemed to have been waiting for this moment for years. These foreign dignitaries worshipped the Christ Child, whatever his age, with a wonder and a joy in much the same way that the shepherds of Luke’s Gospel did (and perhaps even more reverently, since the shepherds seem so overcome by their discovery of the baby in the manger that they don’t stick around very long at all, and instead immediately begin relaying their experience to the rest of their countrymen). The magi may not have shown up on that silent night. They may not have ducked their turbanned heads carefully beneath the ignoble rafters of an animal pen. They may not have opened up their treasures chests upon a bed of straw, while the soft bleating and shuffling of sheep cast a humble, bucolic backdrop to the whole affair. But worship still happened. Recognition of the glory and outlandish wonder of the Incarnation still took place. Hope was revealed. Joy experienced.

It would be the same many times over. Jesus would not stop being that miracle child in the manger any more than Epiphany or Lent or Easter or Pentecost would cease to be a celebration of Immanuel, God with us. We were never meant to leave the seasonal wonder of Christmas in a box marked “holiday decor.” On the contrary, we are encouraged to deck the halls of every season, every month, with the glad tidings of his Incarnation. As Jesus would later remind his disciples, we remain in him just as he remains in us, always, season upon season, liturgy or no liturgy.

So, I don’t move the figurines of the wise men anymore. Rather, I allow them to freely worship the Christ Child. And I remind myself to do the same, today, tomorrow, and the whole year through.

One thought on “Epiphany”